Not Getting The Response You Hoped For Yet?

Automated bulk email invitations from sumApp work fine in most instances, especially if people know they’re coming & what they’re for.

But what if it’s not working? What if important members are buried in email and ignoring your requests? Or maybe you have a sub-set of members who won’t recognize the email address you’re sending from? Or what if they’re not tech-savvy, so they think it will be complicated & they’re avoiding it? What if it’s getting caught in some hyper-vigilant spam filters? Or they just plain don’t participate in this sort of thing on principle (but they probably would if the right person explained it to them).

If someone is being invited to be on a network map, it’s usually because someone who knows them suggested them, right? You probably have a core group defining the list of who should be included. So why not leverage those relationships to get the map filled in?

Since sumApp was built with networks, prototyping, and emergence in mind - we understood that sending an email blast directly from sumApp couldn’t be the only mechanism for inviting people. It’s great when it’s enuf, but it sucks when you need something more personal.

So we built in 2 quick & simple bits of functionality meant to make it easier for you to use whatever approach works best.

In any of those cases, you can find an individual network member’s invitation link in the Respondent List. Right click & select ‘copy link address’ if you don’t want the report to register the link has been opened, otherwise just click the link icon, copy it from the URL address bar, and send it where it needs to go

Enable Others to Help

Want a process that makes it easy to get several people to help? Simply download the Status Report, paste it into a Google Sheet, and share the sheet with trusted co-nudgers. Each person can find out if and when their connections have visited sumApp, see how much they’ve done, and get the person’s link to send in an individualized follow-up email. 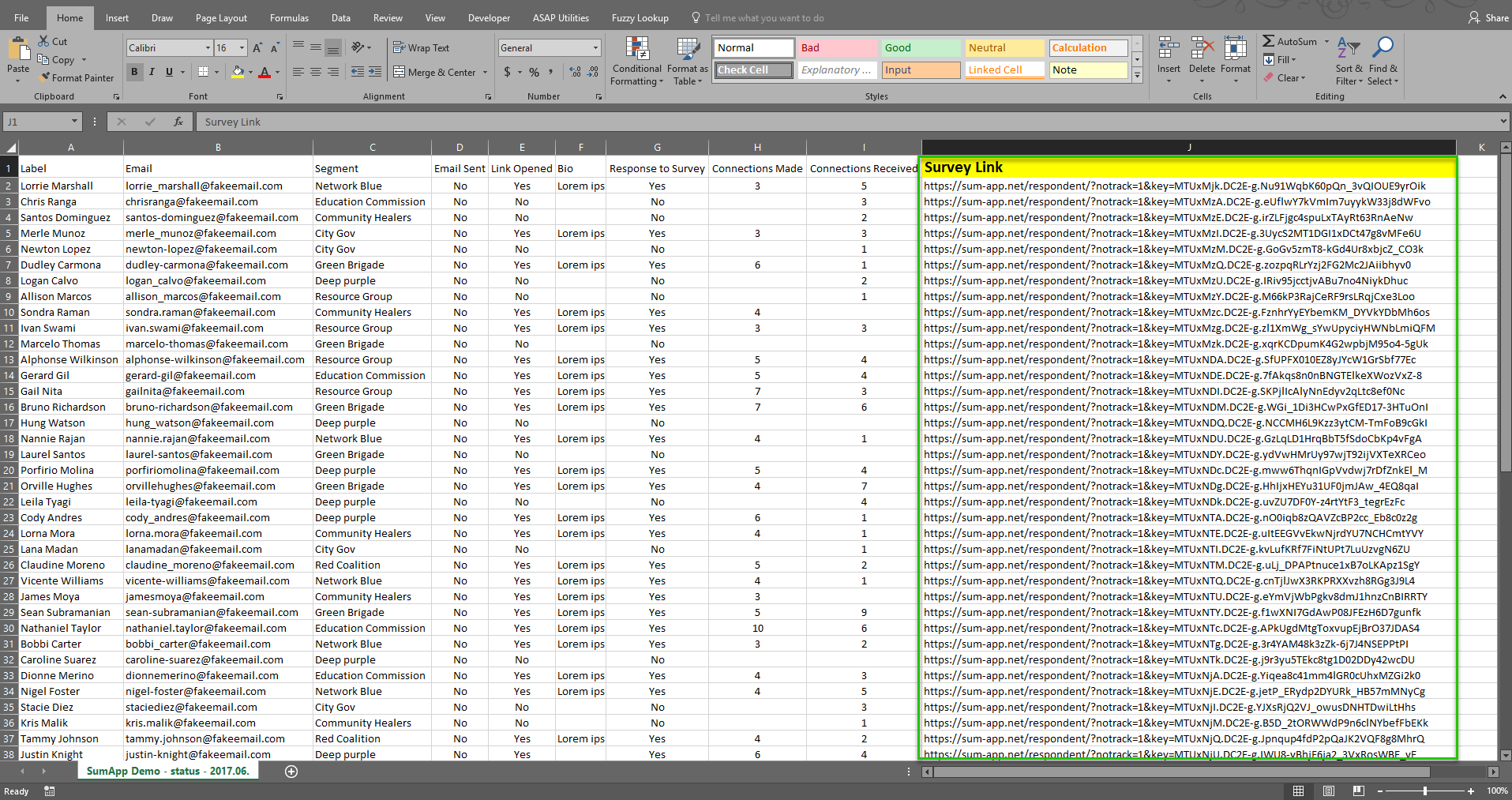 This site uses Akismet to reduce spam. Learn how your comment data is processed.

sumApp, the new 'SurveyMonkey for Networks'
Want to map your network in Kumu, Polinode or Gephi, and looking for the best way to survey folks to find out who knows who? We made the perfect tool to use with our network mapping clients and now we're sharing it with you!
In the words of another professional network mapper "sumApp is now an integral part of our network mapping process. . . it's easy compared with the process we were using before".